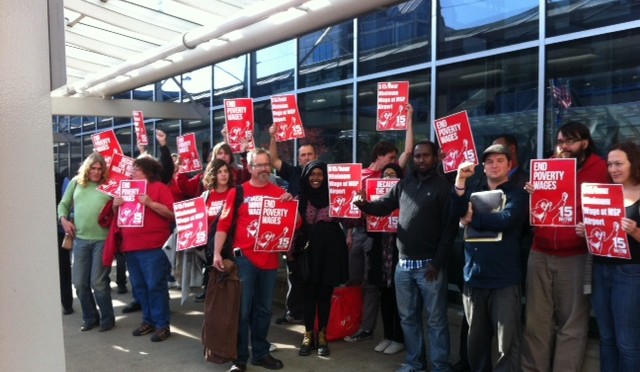 MSP Airport is ground zero for income inequality between the rich and the working poor. On the one hand you have companies like Delta who made $2.3 billion in profit last year and are headed toward $4 billion for 2014. Nearly a third of that profit was earned right here at MSP according to a Delta Vice President. That’s $700 million. Delta CEO, Richard Anderson, made $6000 per hour last year.

On the other hand, many of my coworkers at Delta have to work 2 and 3 jobs to make ends meet. Workers at Airserve, who clean Delta aircraft, make $8 and $9 per hour. In fact thousands of workers at MSP who fuel, clean and load aircraft for Delta, United, American and other airlines make poverty wages. Faring no better are those who staff airport stores, restaurants and other services.

We know it doesn’t have to be this way. When workers got organized in other airports like San Francisco, Los Angeles and Seattle, they were able to win a $15/hour minimum wage.

That’s why some of my coworkers and I have gathered well over 1,000 signatures on a petition asking the Metropolitan Airport Commission (MAC) to raise the minimum wage at MSP Airport to $15/hour. Over 50 of us turned those petitions in to the MAC, a body appointed mainly by Minnesota Governor Mark Dayton.

Now we need your support and solidarity. Please sign our petition asking Governor Dayton to take a stand against poverty wages. If Governor Dayton leads, the Airport Commissioners he appoints will follow.

A victory at MSP can pave the way for winning $15 in Minneapolis and St. Paul. It can begin to reverse the deep economic inequality plaguing our state. It can address the fact that Minnesota taxpayers currently subsidize the profits of highly successful companies, when low wage workers are forced to use public assistance.

United and organized we can win. 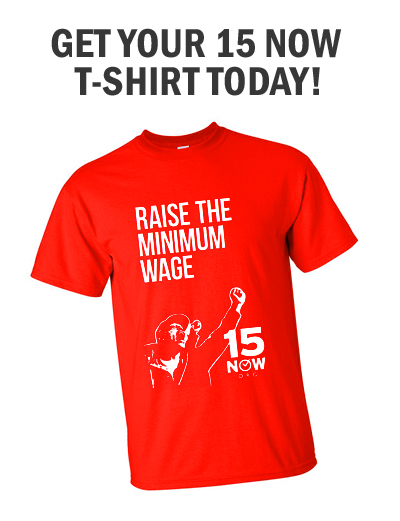